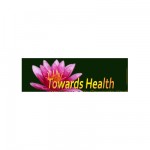 I worked with Jonathan* on procrastination a few weeks ago.  In my experience procrastination comes up for 1 of 2 reasons.  1 = fear, there is a fear somewhere in there that is holding you back, 2 = overwhelm, the size of the task (whatever you are procrastinating about) is just too overwhelming.

When Jonathan came to me with procrastination, he had a number of different ‘jobs’ he was procrastinating about doing.  He wasn’t quite sure where to start as there was a lot going on, so for simplicity’s sake we started by putting all the ’jobs’ into a(n imaginary) basket.

If we put all the jobs he had to do into this basket and 10 was the basket was full to overflowing and 0 was there was nothing to worry about in there it felt like the basket was around a 8 or 9.

We tapped a few rounds on ‘Even though I’m procrastinating about all these jobs,…..’ and within 5 minutes he was down to a 5.

When he was down to a 2, we decided to pick one of the ‘’jobs’’ out of the basket and rather than describe it in detail, just label it ‘that paperwork’,  then we ascertained how far up the filing tray it felt.  This is not where it should be but its level of importance to Jonathan. 1=it was right at the bottom buried under everything and 10 is it’s right on the top and the first thing he was going to tackle.  It was surprisingly already about a 5, even though before we had started he said it would have been more like a pretty much buried 8 way down the list.

We tapped a few rounds on the job itself then we tapped on a few aspects of what was ‘stopping’ him getting the job done.  As we tapped it slowly moved up the priority list until we got to a 2 and he started to get enthusiastic about doing it and was keen to get started on it.  His energy levels were also much higher.

This was such an interesting client to watch as the general procrastination started to shift, he started to have realisations and different things coming up that were in the way of him getting the job done.  It was displaying so clearly what EFT does so well, it was like getting rid of all that paperwork and stuff that was in the way, blocking him from getting these jobs done.  Then when that was cleared, what needed to be done could be seen underneath, like a cloudy sky clearing to see the view beyond.

*My client has given me full permission to disclose this case, however his name has been changed to protect his privacy.

Legal disclaimer: You are advised to consult with your medical practitioner before embarking on any course of alternative, complementary or beauty therapy. Our use of systems that are trademarked or have a registered trademark represents our views and not necessarily those of the trademark owners.