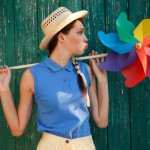 My workshop attendee, Victor, was tapping for an incident and became stuck.  The incident was a talk he attended where Victor could not concentrate and felt detached.  We called this event the “Big Hall Event”, and we first tapped on the whole thing as one entity.  His level of intensity started at about an 8 on a scale of 0 to 10.  We tapped: Even though I have this Big Hall Event feeling…

We carried on in this vein for a few rounds.  During the workshop, Victor responded very well to EFT for issues before this exercise.  However, this exercise was a challenge because there were many aspects to the Big Hall Event, and Victor could not remember most of them.  This is because memory and concentration were a big part of the problem, as were his anxiety and shame about this.

His level of intensity went down gradually to about a 5 when we had to stop for lunch.  After lunch, we worked on the Big Hall Event again using the Movie Technique.  Victor recounted the event step-by-step as far as he could remember.  I stopped him at one point where he said he had been feeling overwhelmed with the atmosphere in the big hall.  He reported a level of intensity of about 4 out of 10.  So we tapped as follows.

Even though I have this big hall atmosphere feeling…

We tapped a few times on this, and it reached zero.  So we carried on with the movie.  We reached a part when Victor was feeling detached, and anxious about feeling detached.  His level of intensity was about a 5 out of 10.  We tapped as follows.

I believe it was at this point that his level of intensity crept up a little, back to about a 5.  So I asked Victor where he felt the anxiety.  It was in his solar plexus; this is where we feel our identity, self-will, and sense of being in control.  If there is a problem with feeling in control or feeling that something has been taken from us, it is usually felt in the solar plexus.

So, having gained the knowledge previously that Victor had experienced difficulty getting on with his stepmother, I told him that I had a hunch this was connected.  He described the stepmother feeling as one of “my space being invaded” and reported feeling it in the solar plexus.  I asked him to give a number to the level of intensity in his solar plexus, and thinking of his stepmother measured it at 5 out of 10.

So we tapped on a few stepmother aspects, which brought the solar plexus feeling to about a 2 or 3 out of 10.  Since this was an exercise in a workshop, I decided to go back to the movie at this stage.  Victor reported that level of intensity for the detached feeling and associated anxiety went down to about a 3 or 4.

This produced no further results and we were running out of time, so I could not explore further aspects.

I had recently been working on a project involving EFT and chakra colours, so it was on the forefront of my mind.  I sometimes combine colour with EFT.  I use Sandi Radomski’s Allergy Antidotes EFT treatment (I am a fully qualified certificated Practitioner of Sandi Radomski’s kinesiology-based method), only instead of holding a substance, I hold a coloured object.  The EFT is used for tapping in the colour needed to restore balance and the solar plexus colour is yellow.  So I found just the right shade of yellow toy bricks which we held in one hand and tapped with the other something as follows.

Even though I have this detached feeling of anxiety…
Even though I need this yellow in my solar plexus, I deeply and completely love and accept myself.

To me this was a sign that we were tapping on the wrong colour, as the crystal was more orange than yellow.  This probably brought out other aspects relating to a different colour, in other words, aspects other than were felt in the solar plexus.  We only had time for one more round, so we decided to try the toy brick again, since it was an actual yellow.

His level of intensity went down to 2 out of 10 again. We were amazed. This really brings home the importance of being specific.

In my opinion, this colour booster for EFT is an extension of Chasing the Pain where we describe the feeling, such as “this anxiety in my solar plexus”.  With the colour addition, we are simply being more specific and describing the feeling in terms of colour as well.  And the colour is only the wavelength needed to release the negative feeling.  After all, it is all energy.

We had to stop there, as it was a workshop session rather than a one-to-one.  Victor attended a further workshop with me later, and it seems that the first session had paved the way for further healing related to the root causes of this issue.  As a result, Victor could remember and release events from his childhood that even previous visits to a regression hypnotherapist could not yield.  And all it took was EFT and a yellow object.

Want to study your EFT Course with me, Master Practitioner Trainer in Cape Town? Contact me at http://newageinternationaltraining.com/contact and tell me what course you are interested in and why you think you are ready for your course. I usually reply within hours. Please also give your phone number, in case I need to call you for a telephone interview.

A virus caught along with 5 other students at university at the end of 1986, plus medical negligence, meant that I got smokers lung at a relatively young age.  In desperation for help with my symptoms and quality of life, I turned to complementary therapy, and I have outlived one doctor’s prognosis by many years now.

I am now a complementary therapist, author and trainer specializing in energy healing.  Want to use this article?  You can, as long as you credit me with it and invite your readers to get my FREE e-book “EFT How-To For You” at http://www.EFT-Scripts.com