Street Energy – Why I Tap To Help People In Need 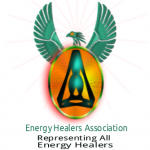 What is “Street Energy or Street Tapping?”

Simply put when I am walking around ( bear in mind I walk slowly because I am disabled) I have time to talk to people,   I like to get to know them by talking to them.  I like to make people laugh if I can and if they are in pain, I can see if maybe I help.

So last night like any other day or night when I am walking around or just going home after taking the bus I was doing my usual and chatting to the people who work at the 24-hour “Fresh Stop” garage store in Parklands and as I was moving away after making a few jokes, this young man was limping past me quite badly and favouring his left leg. I asked him what was causing his pain?

In poor English (French speaker) he and his friend, who spoke much better English,  explained he had twisted his back and it was causing severe pain in his leg, so much so that he could not put his left foot on the ground with out being in agony.  Being a typical Central African Man, when I asked on the SUDS  scale how painful it was, he  wasn’t happy to admit frailty so said two, I  asked his  buddy to explain again and then he reconsidered and said it was a 7.

We moved to the side of the pavement so as to allow the other people who were by now looking at all three quizzically at what were were  doing.

I showed the basic recipe and  how it worked. We did a few rounds of tapping and I asked him ( by now, visibly  in less discomfort) how the SUDS was and he responded 8, to which his friend explained that he meant five and they discussed it and he  agreed his pain was less not more. He moved from side to side, stood on the left leg fully and we all started to walk on. This after much testing and twisting and no obvious sign of the pain he had previously been in.

He wasn’t trying to impress me (I look for that as sometimes people want to please) and he was definitely more comfortable.  I explained how to keep going and to break the  pain down into the smallest descriptive term so that he could benefit more I said its best he do this in his own language.

Having a back injury that causes me chronic pain I know what to look for and I could clearly observe that he was no longer in the extreme pain I had previously seen and he was making steady progress. I turned left and after he took my number down we all said “au revoir” and went on our respective way home.

Hilary, tapping to heal one South African at a time.

To contribute to our funding and help Africans in need, please go to http://www.energy-healers-association.org/donations/